Suzuki Escudo 1995 has a compact layout, effective body dimensions, excellent running characteristics. Here is not a complete list of the advantages and distinctive features of this car. Direct lines of the body, which form the basis of the exterior design, give Escudo an original, new appearance for that time. The so-called ladder frame, underlying the car, provided the simplicity of design, the optimal combination of off-road characteristics and at the same time a high degree of reliability in general. In combination with the low price, the car became a hit of the market and with great success began to be sold in foreign markets under a variety of different names, including the popular international name Suzuki Vitara. 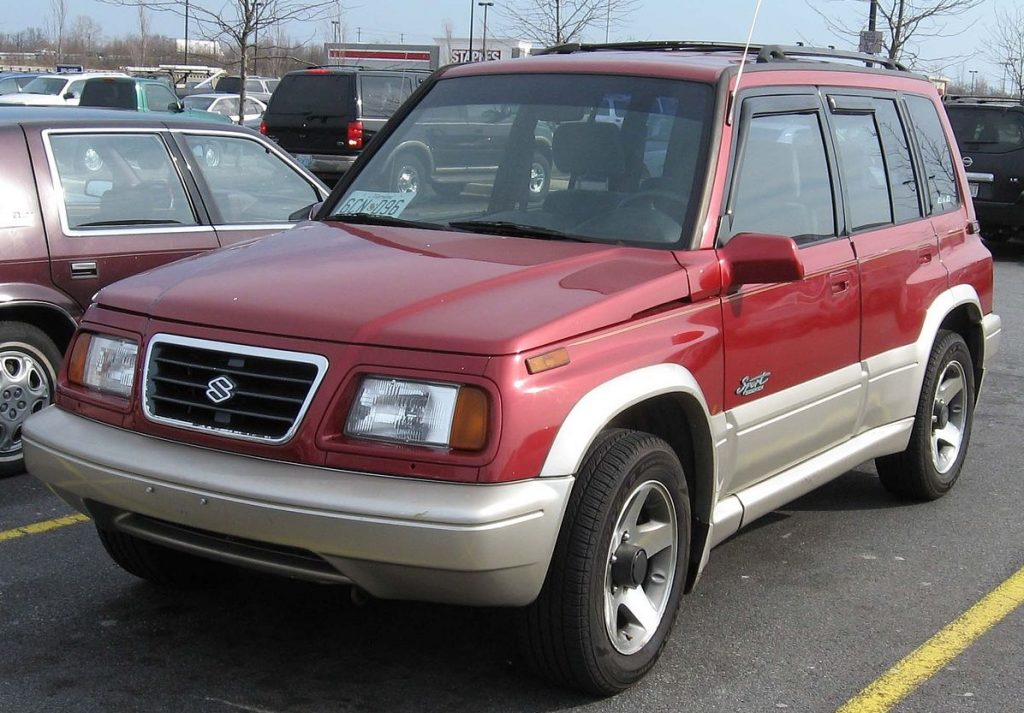 Originally the only 3-door version of the Escudo was produced in three body styles: hardtop, convertible top and van. However, a 5-door version appeared later gained immense popularity. In addition, within the 3-door version of the model, the modification Resin Top was launched. Thus, the number of modifications Escudo gradually increased. As for the most capacious five-door version, it is formally designed for five passengers. But the back row is very small. The luggage compartment by default offers not too big volume, however folding back armchairs release already enough considerable space. Attributes of this model were an automatic transmission, a full electropackage, mirrors with an electric drive, a radio tape recorder. High demand was enjoyed by Escudo with a two-color version of the body painting. 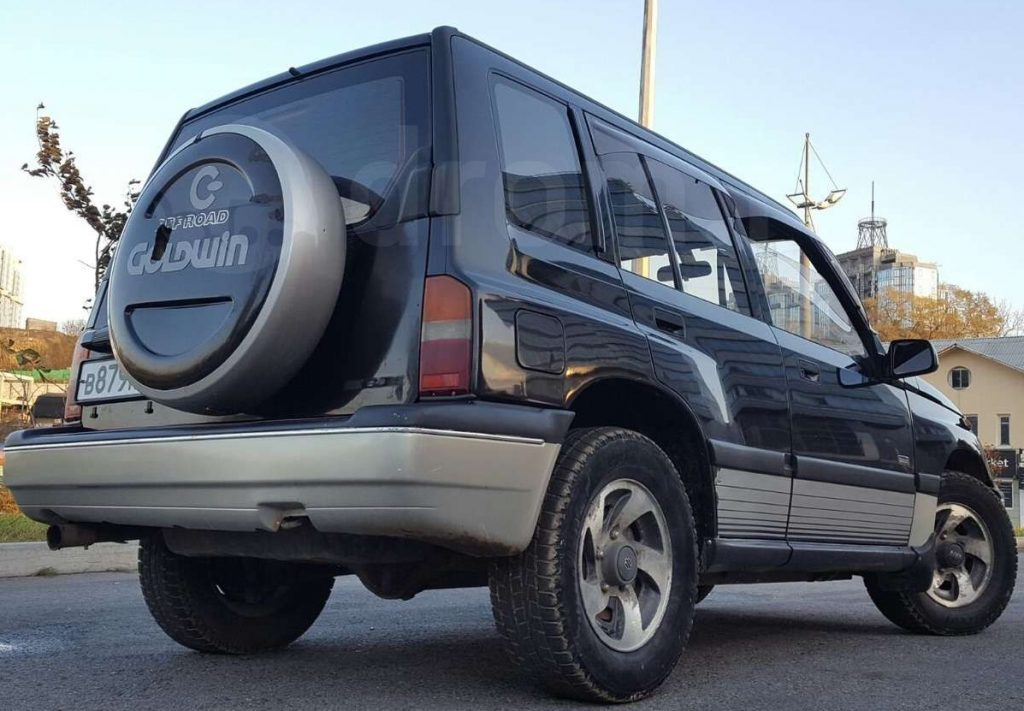 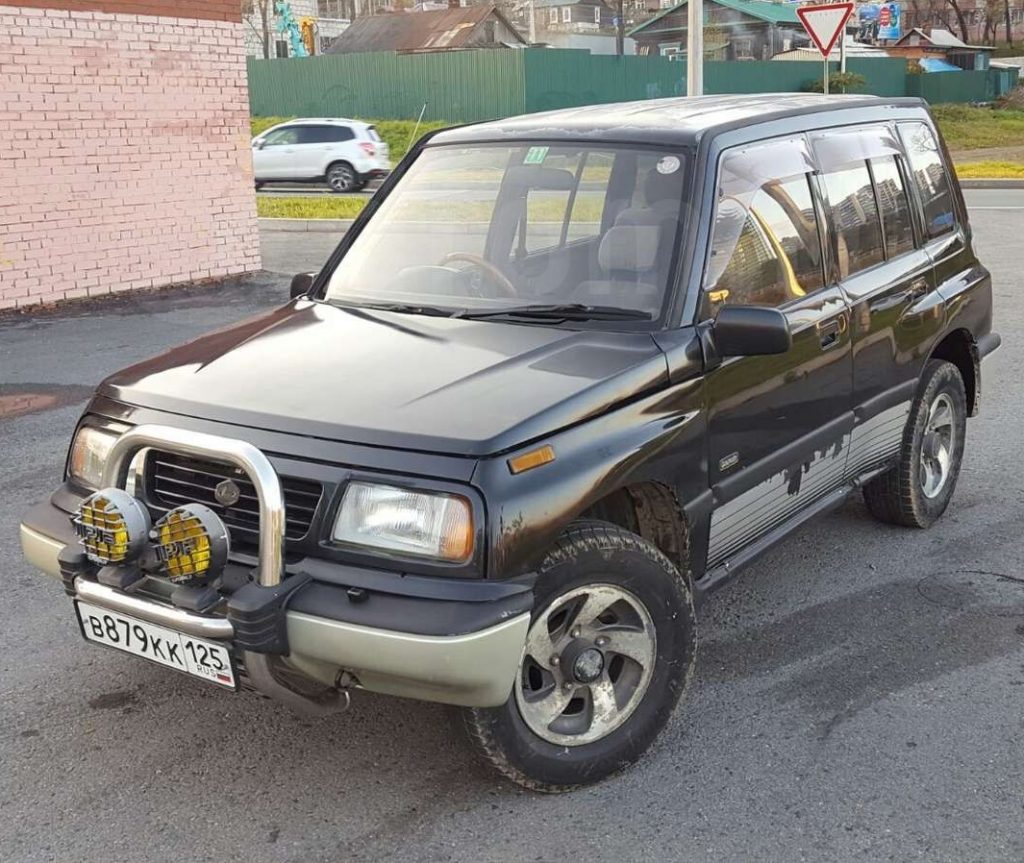 Suspension Suzuki Escudo 1995 rather unpretentious, simple and reliable. Front – MacPherson strut, behind – a continuous bridge. The distinctive features of the car include small overhangs in front and behind, a sufficiently high ground clearance. All this only improves the off-road qualities of the car. It is also worth noting that in normal operating conditions Escudo moves on the rear drive. In difficult road conditions, this car uses a four-wheel drive with a rigidly connected front axle and a downshift. 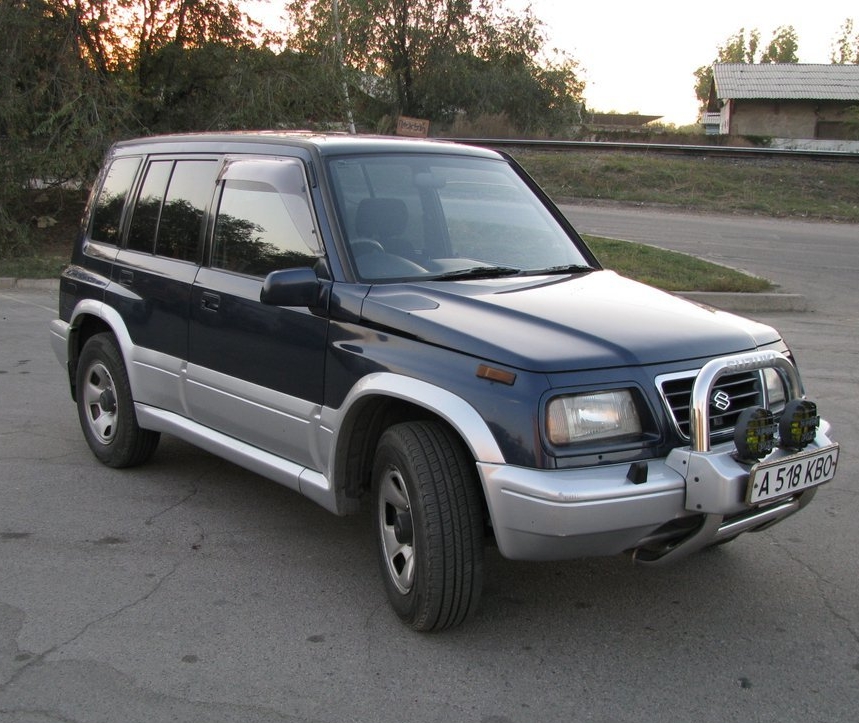 Suzuki Escudo of the first generation does not have the best characteristics in terms of safety, and even on tests for passive safety, cars of those years do not have high ratings. However, in its top version, the car can be equipped with two front airbags, an anti-lock braking system – all this was offered as an option. The standard for all versions of the car were stiffeners in the doors, three-point seat belts. 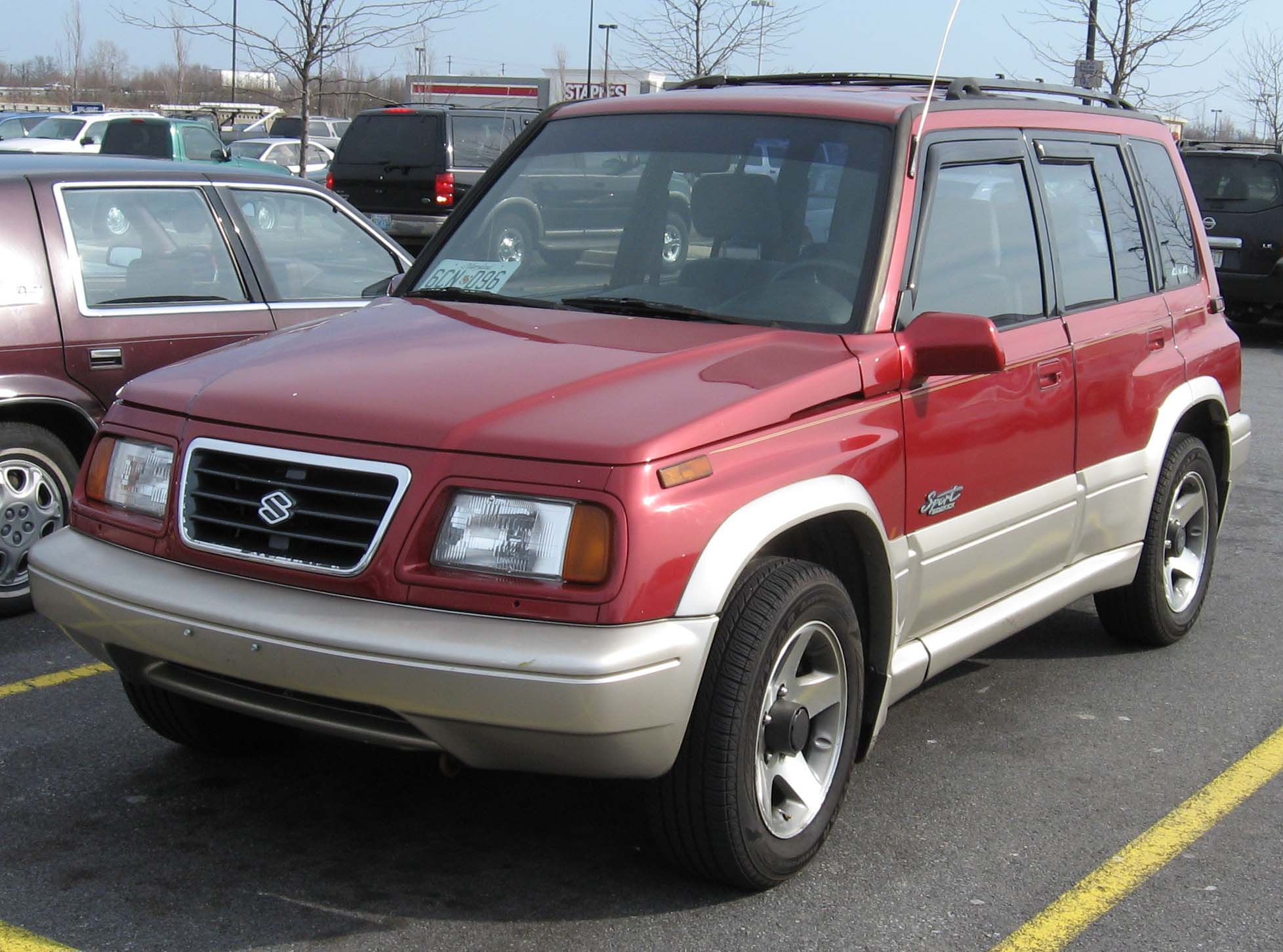 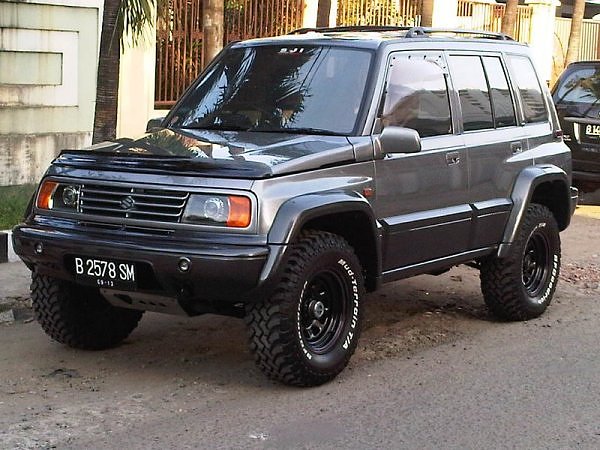