Nissan Terrano 1993 is a joint development with Ford company. It was created by the technology center Nissan in Barcelona (Spain), as well as its twin Ford Maverick. The car belongs to the fashionable in the early 90’s class of compact SUVs. 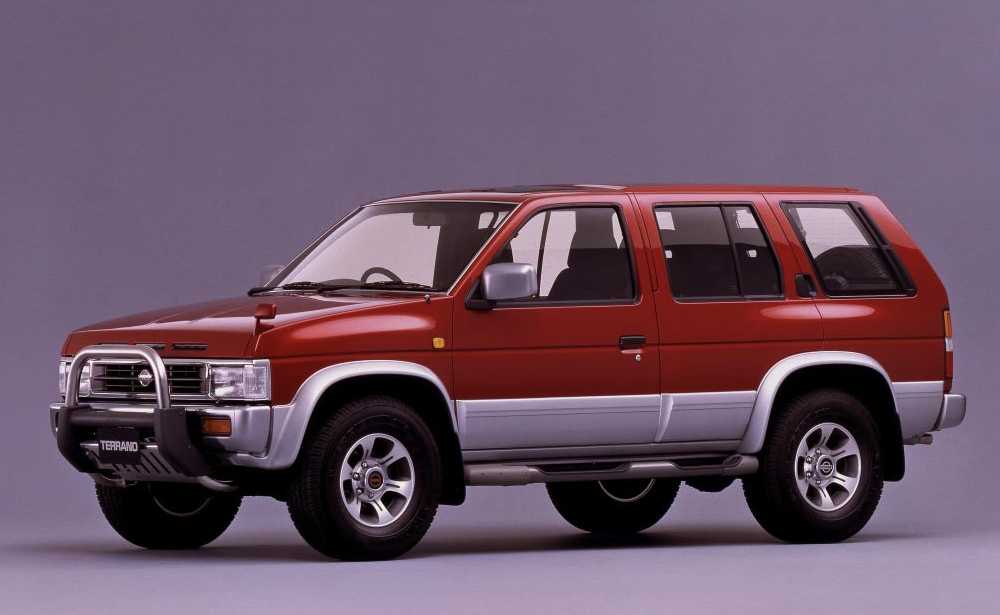 Initially, the model appeared on the market with a short base (2450 mm) and a 3-door body (4105x1735x1800 mm). Later appeared 5-door version extended to 2650 mm with overall dimensions of 4585x1733x1810 mm. To the disadvantages of the Nissan Terrano 1993 in the three-door performance can be attributed a small trunk (only 425 liters) and an uncomfortable landing in the back seat. Five-door wagon is stripped of these minuses. Its trunk increased to 1,900 liters, and on some versions it includes a third row of seats. 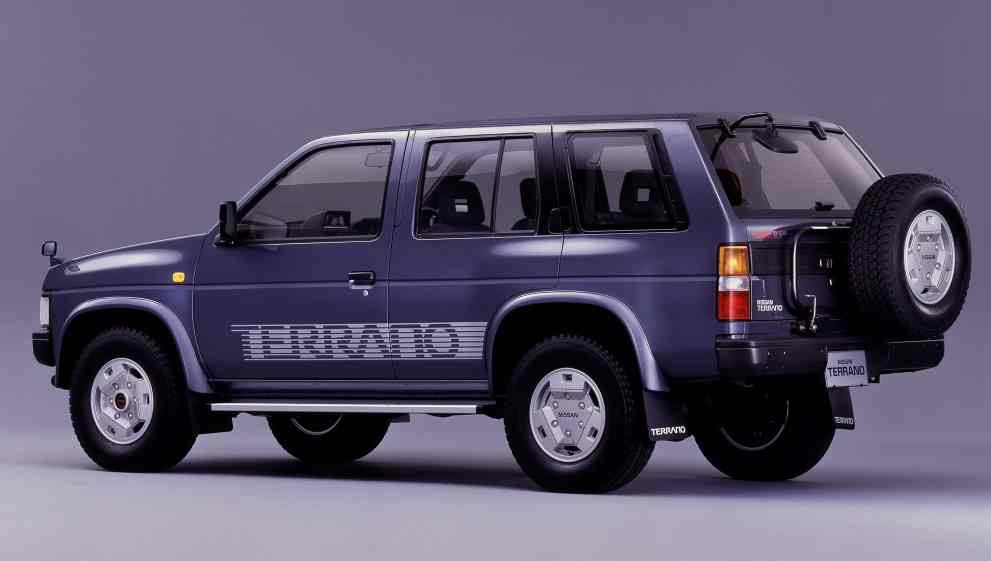 Nissan Terrano 1993 has a galvanized body. Traditional frame construction provides it with high strength and rigidity of the body. The body is mounted on the chassis through rubber supports, which protect the internal space from impacts and vibration. A high center of gravity results in longitudinal swinging of the body at high speeds. This is especially felt on the short-base version. 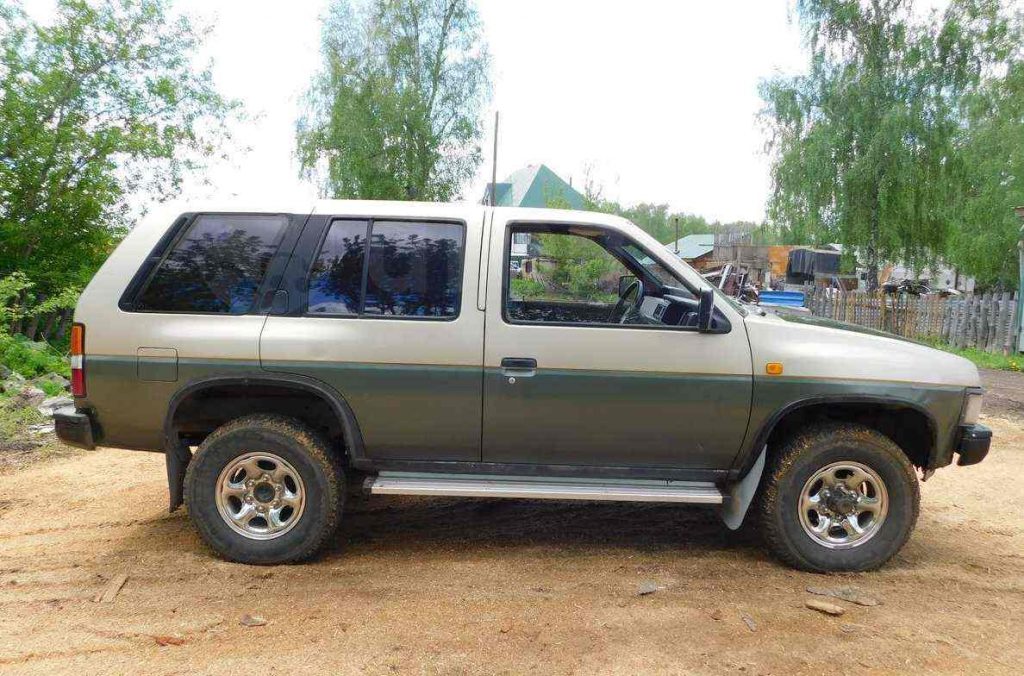 Winter driving on Nissan Terrano 1993 does not bring trouble only when driving in 4×4 mode. On the rear drive the car is extremely prone to skidding even on a completely flat and harmless stretch of snowy road. But it is necessary to connect the front axle, as everything falls into place. 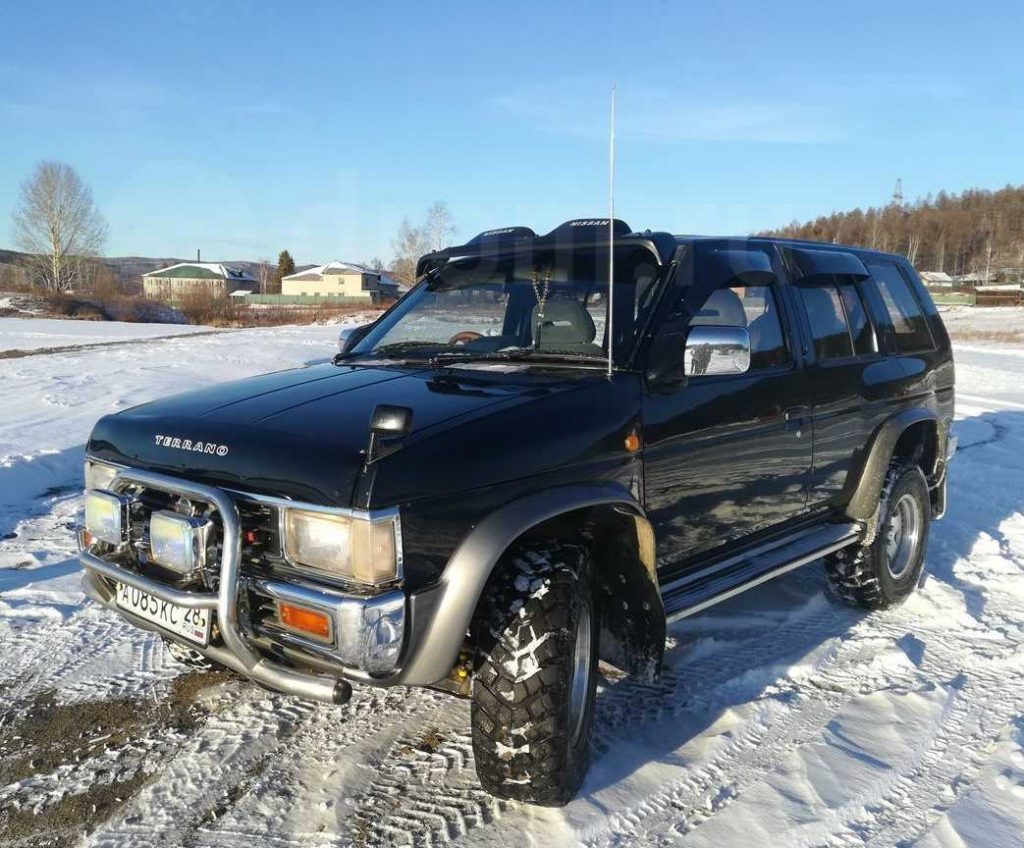 Nissan Terrano 1993 – a fairly high car, and it has its advantages: a spacious interior with a high ceiling and a large area of ​​glazing. The raised rear and spare wheel on the rear door significantly limit visibility when reversing, especially when parking. The salon has a fairly high quality, convenience and ergonomics at altitude. Good sound insulation of the cabin allows you to easily listen to music at speeds up to 130-140 km / h. 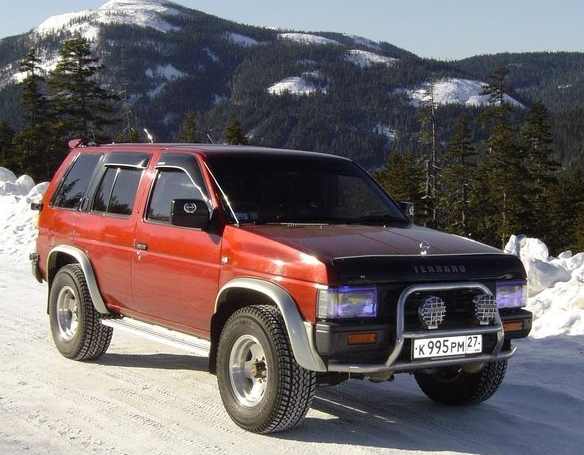 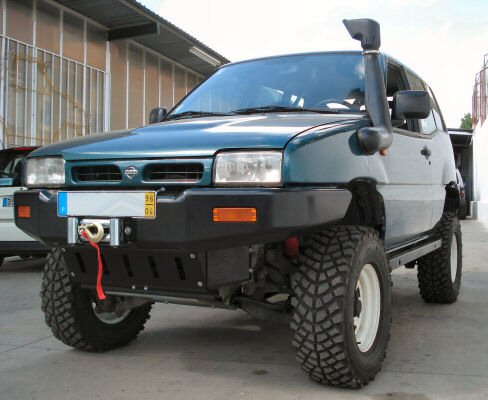 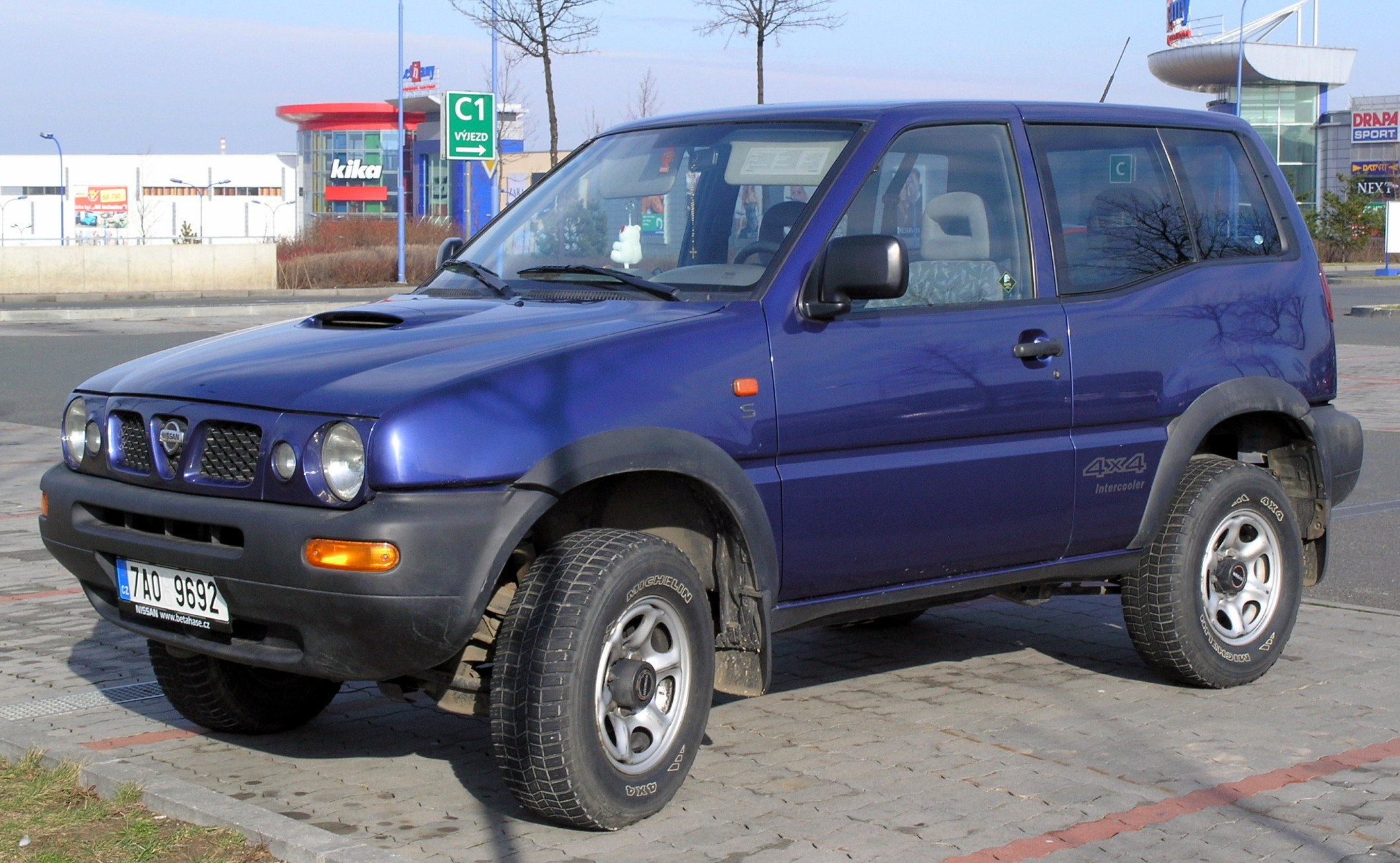