Peugeot Partner 2007 reflects the most progressive achievements of science and technology. For example, the rhythm of the wipers depends on the speed of the car. Moreover there is a system of smooth switching on and off lights, adaptive steering amplifier, air conditioning, cruise control, etc.

The basic version of the car has airbags for the driver and front passenger. On request are also side cushions, seat belts with pretensioners, Isofix mounts for child seats, an additional brake light and an automatic gasoline interruption system in the case of an accident. 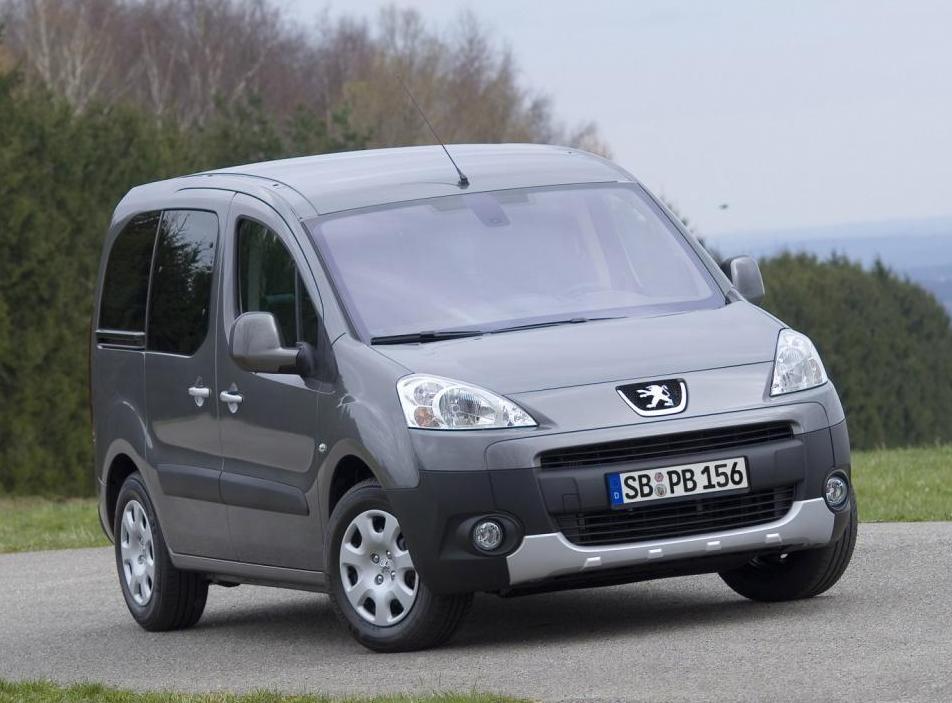 In the production range of Peugeot Partner 2007 there are cars with front and all wheel drive. There are several versions:

In the center of the instrument panel there are a displays of electronic clocks and audio systems. It is equipped with a display, which shows information about the mileage remaining until the next maintenance, and the level of engine oil. 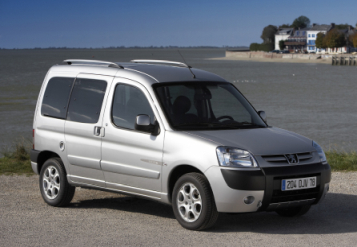 Convenient steering wheel, along with the traditional levers, has remote controls of cruise control and remote control of the audio system. Peugeot Partner 2007 has a lot of storage space for various items. In addition to all pockets and niches, the car has a drawer under the driver’s seat, as well as small hiding places at the feet of the passengers. Also there are three holders for cans with drinks, a removable ashtray and a 12V outlet.

Dimensions of Peugeot Partner 2007 (4.11 x 1.79 x 1.8 m) allowed to create an excellent cabin with five full seats and a large space for luggage. The sliding door and the folding backs of the front seats provide easy access to the rear seats. But access to the rear seats is not only through the sliding door on the right, but also through the front doors. If you need to transport something bulky, you can fold down the rear seats and get a luggage compartment with a flat floor of 2.8 m³. The cargo compartment is separated by a grid. And there is also a curtain in it. 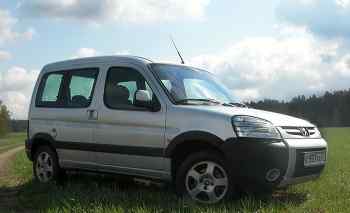 Under the hood can be one of the following engines:

Perfect behavior of the car in motion is explained, in particular, by the perfection of its running gear. The front axle is equipped with MacPherson struts and anti-roll bars. The rear suspension includes two transversely positioned torsion bar, anti-roll bar and obliquely located shock absorbers.

The top version Ushuaia differs from the basic modification with grilles on headlights and tail lights, increased ground clearance, crankcase protection and an increased friction differential in the front wheel drive. The latter turns Partner into a car that can ride without problems both in deep snow and sandy beaches. 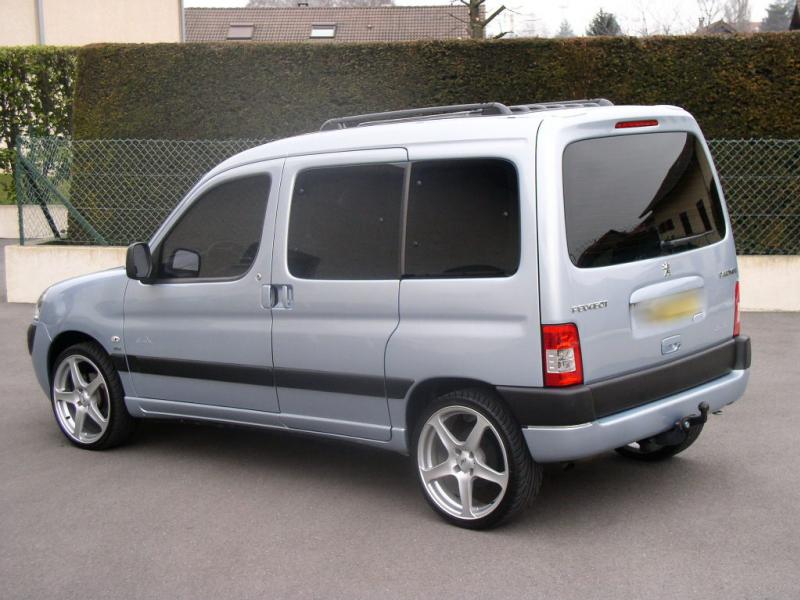 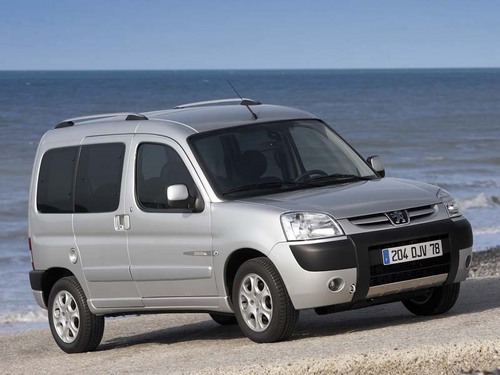 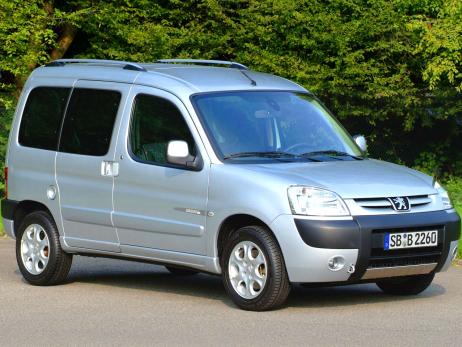